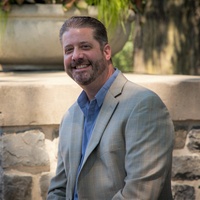 Scott Smith began his career in financial services back in 1990. Actually, Scott says his career began well before that, having been born into the field to a father who spent 35 years as a licensed stock and insurance broker. He has earned various securities licenses including the Series 7 and 65. He co-founded Planning Strategies Inc. with Steve Mitchell in 2001 and in 2006 received the Central Penn Business Journal aware as one of the top 40 Pennsylvania business leaders under the age of 40. He obtained his Chartered Financial Consultant® (ChFC®) designation in 2010 and his Retirement Income Certified Professional (RICP) designation in 2015.

As Managing Partner and Chief Compliance Officer (CCO), Scott and the team have been showing business owners, families and individuals how to preserve, protect and pass on their wealth for over 28 years.

The Hershey Partnership, Hershey PA Chamber of Commerce – past Board Member and past President

*The Top 40 Under 40 program celebrates the region’s most accomplished young business leaders who are committed to business growth, professional excellence and community service.

OUTSIDE OF THE OFFICE

Scott was born and raised in central Pennsylvania. He and his wife, Liz, make their home in Palmyra, PA with their daughter, Angelina. Scott enjoys spending time with friends and family. He is an avid backpacker, martial arts student and is a founder of a local cultural society, a culinary club of Central Pennsylvania. He also enjoys cooking and brewing his own beer.